You know it takes alot for a hockey player not to be able to go out and hit the ice but having a broken leg doesn’t work well now does it? Will this damage the Star’s defense as we go deeper into the season or will someone step up and in? Only time will tell. 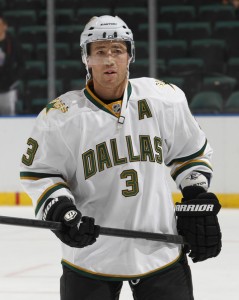 Robidas suffered a broken leg and will be out 4-6 months.

Okay I know this isn’t hockey or sports related but it is Wayne Gretzky’s stunningly HOT daughter who is heating up the holidays by getting on the December edition of Maxim magazine. Paulina has been getting alot of press lately from nearly setting herself on fire to setting Instagram on fire with some selfie pics. 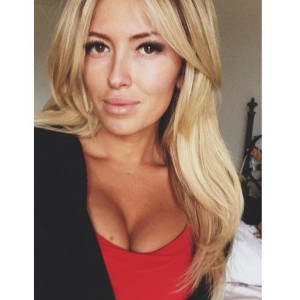 Last night was a milestone for an online sports talk show known as ‘Sports Rage”. I need to mention I personally have been a fan of the show since it was on Sirius via Hardcore Sports Radio out of Toronto. That was over 4 years ago & instead of giving up after things went south, Gabriel Morency turned to the internet and used an online video broadcast website called Ustream. Now that may sound like no big deal but at the time no one was really using the internet to broadcast live sports talk & take live calls. Not saying Gabe was the 1st but I know for a fact there was & is NO sports talk show like Sports Rage. This show is about alot of things. Covering everything from MLB, NFL, NHL, NBA, MMA, Boxing, CFL & even WWE from time to time.

Of course depending what time of year it is one gets more attention than the other but what’s crazy unlike any other sports host, Gabe seems to know each sport to a T! Driving all of this fervent sports talk is gambling. Yes gambling! Not only do you have a host that cover’s the sport he is also putting his money where his mouth is. With that being said it doesn’t always turn out as planned. That’s a part of sports betting or gambling in general. Along for the ride are the Rager’s or the Rageaholics (including me at times). This community is made up of all kinds of characters, from the avid hardcore MMA fan to guys named Clam Chowder. Many of the Rager’s have met each other for Road Rages where Gabe has literally taken the show on the road. Mind you the home base is Toronto & these Road Rage shows have been in Los Angeles, Las Vegas & even Montreal to name a few. Each of the road shows are usually during a big sports event like the Super Bowl or a huge MMA bout. Rager’s come as far as New York and Los Angeles to these events.

I myself helped set up the last Road Rage in Los Angeles where after the show was done Gabe happened to accidentally left his equipment at the bar where the show was held. Luckily I noticed & grabbed all of it up! I didn’t have his phone number to reach him but I did remember the hotel he said he was staying at in Hollywood. Not being sure if he was gonna be there but it was worth a shot. Once I got to Sunset I realized I ended up right behind the car he was in & surprised Gabe in the hotel parking lot. That is one story from from just one Rageaholic. I can’t paint much more of a picture for how unique this show is so do yourself a favor & come check it out.

Personally I love seeing a good fight but then again who doesn’t?! NHL owners seem to be not big fans of the fights and are curbing it with fines. What do you think?
Will there be less fights due to fines?